Westford Landmark is under New Management

Sitting perched between a liquor store and a dry cleaner for the last 18 years, Paul’s diner has remained a sanctuary for families, early birds, workers, or anyone looking for a place to enjoy some quality comfort food.

Doty, of Chelmsford, opened Paul’s Diner in 2000, after having worked for Polaroid for 21 years. Although Doty dreamt of owning a restaurant his entire life, business was rough, he said, in the diner’s early days.

“It wasn’t easy starting 18 years ago. I put a lot of money into the place to keep it going cause it took time for it to really come into play. But I was able to keep things alive and keep it going,” Doty said.

Buonacore worked as a banker for 25 years before being laid off recently. After that, he said, he was hoping to realize his long-time dream of owning a restaurant. He began talking to Doty, asking for advice in the restaurant business, and soon enough, Buonacore was shadowing Doty at Paul’s Diner, working staff positions to familiarize himself with the way a restaurant is run.

“We sat down for like two hours on a Monday, and I found out what Sal knew about restaurants, which was very little. I told him ‘try to stay away from franchises,’ but I also gave him an opportunity to come in and learn some positions in the restaurant business. I told him he could come in and follow the wait staff, or the cooks, whatever he wanted to learn about,” Doty said.

It was after several weeks working for Doty that the idea of Buonacore purchasing the restaurant first came up in conversation. It began as nothing more than a thought, but became more and more realistic as time passed. According to Doty, the timing was right, the price was right, and he said, there were some comforting similarities between him and Buonacore.

“We’re almost similar in dreams. In my younger years, I too dreamed of buying a restaurant, a breakfast place, and I worked at Polaroid for 21 years before they went bankrupt. I have three children, he has three children. His wife was a school teacher, my wife was a school teacher, and we both came from backgrounds that were somewhat in low-income areas, and we worked our way up to be successful,” Doty said.

Ultimately, it was Doty’s battle with cancer two years ago that made him consider selling the Carlisle Road establishment. As a cancer survivor, Doty realized he might like to travel and experience more in life.

“About two years ago I had developed cancer, and I went through radiation and chemo. I’m cancer free right now, and I’m hoping to stay that way, but it gave me an opportunity to think about what my future should hold, and whether or not I should take this opportunity to do some traveling. In 18 years, my wife and I didn’t go anywhere. Our biggest travel was from Westford to Chelmsford,” Doty said.

A highlight of purchasing Paul’s, Buonacore said, was the fact that he was satisfied with the way Doty had run the business and did not feel it needed to be changed.

“The reason why I pursued this opportunity was because nothing needed to be changed. Like they say, ‘if it’s not broke, don’t fix it,’ this is not broke,” Buonacore said.

Buonacore did, however, mention plans to expand some of the diner’s pre-existing strengths. He also said that he plans to improve social media advertisement for Paul’s.

Even though the diner is now his, Buonacore said he will not change the name out of respect for Doty, and also because he does not plan on changing anything about the restaurant drastically enough to merit a name change.

“I’m not changing the name for many reasons: number one is that Paul deserves to have his name on this diner. This is his diner, this is what he built, so for one it will always be Paul’s that way. Number two, is that there ‘s not going to be much different for the customers,” Buonacore said. “We’re keeping everything we kept when it was Paul’s Diner, there’s no reason to change it to Sal’s Diner.”

It is the customers and staff of Paul’s Diner that come to mind when Doty looks back on his time. He said that he and his staff had not only come to know almost every one of his regular customers personally, but they had watched generations of diner-goers come and pass.

“When I go back in time, I think of the people. A lot of nice people came in here and became friends of the diner, and became loyal customers of the diner. Sadly a lot of them have passed away, but then, on the other hand, we had customers who were young, and had just gotten married, who had children. All of those children, at least a lot of them, years later became workers here. It was a nice feeling to see that,” Doty said. “I remember the people who came to Paul’s Diner. Those are all the memories that I have in my 18 years.”

This cycle will continue with Buonacore, who says he looks forward to waking up every morning and seeing his customers at Paul’s.

“I’ve never been more excited to wake up at four o’clock in the morning. The alarm goes off and I’m so excited to get here and start the day, interacting with the public, making food, making people happy, having a place where they can gather and enjoy good food and service,” Buonacore said. “That’s what it’s all about.” 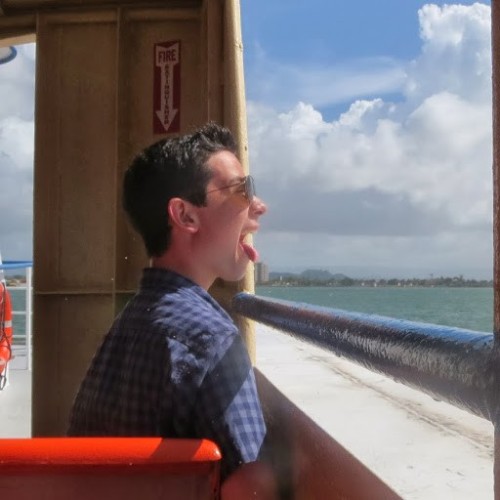